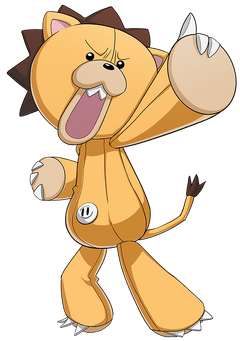 Deals damage to enemy back row. Increases his Crit Chance by 20%. Lasts 1 round. After Weapon awakens, damage increases greatly and has a chance to inflict Disorent on Attack-specialty characters. Lasts 1 round.

When Kon is alive, DEF of all enemies is decreased.

Mastery Skill damage is increased by [%]

Community content is available under CC-BY-SA unless otherwise noted.
Advertisement